If you know me and the business we’ve created over the last nearly twenty years, you’d think I would’ve had a love affair with history all my life… well, nothing is further from the truth! I flat-out couldn’t stand history in school, and I actually bargained with my high school teacher to just pass me with a “D,” because I was going to become an artist and would never touch the subject again with a ten-foot pole. Fast forward a decade or two, and there I was, a homeschool mom, petrified to have to teach my children history—the topic I had loathed in my earlier years. After gathering my nerve, I made a game plan to use a history text for my spine and timelines and mapping to grasp an understanding of when and where we were learning about. I filled the topics with all kinds of good reading and hands-on projects. Before you knew it,  I found myself excited each day to learn the stories of the past right along with the children and hungered to absorb everything I could. (And for the record, I came to find that I definitely DID need to utilize history through my art career!)

What I didn’t realize was exactly how much you can incorporate history with other subjects!

What Exactly is “History”?

History as a subject is a study of cultures, events, and people of the past. It is like a string of stories, often with key characters and climactic points. There is a lot to understand about our present if we take the time to learn about the past! In fact, Edmund Burke once said, “Those who do not know history are doomed to repeat it.”

By learning history, we not only delve into stories, but we see ebb and flow: empires rise and fall, the development of society, politics, and intellect, advancements in culture, the wages of war, and effects of disasters. We meet people of all kinds; the great and altruistic as well as the greedy and ruthless. Like observing a master weaver, we also see God’s providential hand present throughout it, whether man chose to follow Him or turn away. Which leads us to our first subject…

Bible study is a given when it comes to incorporating history with other subjects! It is the number one bestseller of all time, chock full of stories of the past. To understand the Bible, we must take time to also understand history. How cultures lived at the time of both of the Old and New Testament writings is highly important for interpreting what the language of the scriptures mean to share. You are probably saying, “Of course, the Bible works well with history, but what about mathematics?”

First of all, time itself is a natural measurement of mathematics, sequencing events in succession, and we’ve already established that history is made up of people and events throughout time. Mapping also qualifies as a function in math, as it often charts geographical or topographical locations. However, there is also a lot to be gained by understanding the progress of thought in the realm of math, clear back to ancient days. In fact, the Greeks produced many mathematical philosophers who made significant impacts in the eras that followed, such as Pythagoras, Euclid, and Archimedes, to name a few. Many of their writings, such as Euclid’s Elements, are still used for teaching the foundations of mathematics today.

Like math, science is full of history! Let’s use ancient Egypt as our launching point this time. The Egyptians may not have had it perfect when it came to the science of medicine, but they had a good grasp on many things we use today, such as dissection. Their study of anatomy led to their practices of mummification, a science that also includes preservation, which they mastered quite well!

Architecture is another form of science that we read about in history. It’s astounding to think of how the pyramids were built with primitive tools of an ancient civilization. Yet, many large structures and what we consider “Ancient Wonders of the World” were created with limited technology and resources. Throughout the centuries to come, we can see the development and changes that would evolve, such as aqueducts of the ancient Romans and canals for transportation.

Speaking of transportation, that itself is another form of science, and that has a history all its own! The Greek philosopher, Plato, once said, “Necessity is the mother of invention,” and oh, how that has sparked the world of science! The list could go on—from the navigation of the seas to the exploration of space, health and hygiene, and so much more, science has its roots firmly planted in history.

Literature is just asking to be tied to history, as it offers us our stories of the past in the written word. We learn a lot about the cultural and political climate as we read classic works from various eras of time. To read Charles Dickens’ Oliver Twist transports us to the soot-filled streets of 19th-century England and hardships of the impoverished of the time. It acted as a vehicle of politics, sharing social criticism of the harsh living conditions and workhouses and the effect this had on crime.

When it comes to literature of the ancient past, we still hold many near and dear to us today, not just as a form of entertainment, but as a connection to life of the past. The Greeks gave us classics of Homer and Plato and so many others. Many authors gave us various plays of comedy, satire, and tragedy. Poetry gives us a glimpse into the past, such as works by Ovid, Shakespeare, and Longfellow.

History in the Arts & Music

Again, this goes without much explanation on how you can incorpoate history with other subjects such as art and music. History is experienced through stunning works of art and moving compositions of the past. To study the lives of artists and composers of the past is to see their influence of the times, both through the cultures they lived in and often the faith that they lived. Many pieces have been created both for royalty and for the church. Forms of media and style used were also reflective of the area the artist or composer was from, or the culture they knew. Drama has often been used across the centuries to communicate stories of social and political ideas.

O.K., but How Do We Incorporate Them All Together?

This is more along the idea of a unit study, where you would focus on a topic as a starting point and work from there. Choose your era, person, or event in history and assign living books for reading on the topic, or choose one to read aloud.  Replicate an experiment or invention, or build a structure, bringing the lessons of the past into a tangible, hands-on experience. Create a timeline of people and events and a map of the location you are studying.

You can also incorporate history with other subject by using these other subjects as your launching point. If you are studying geometry in math, take time to read some of Euclid’s writings. Look into mathematicians that made their mark in history. Did you know where the term “Eureka!” came from? Look up information on Archimedes… it’s a fun story!

Scientists and inventors abound, and their histories are quite intriguing! To understand the thinking of their times helps a child grasp how important each discovery was during that time period. Read biographies of their lives and experiences. Studying about undersea life? Look into the legends of sailors’ beliefs of the shape of the world and sea life back during the days of exploration. Make a chart of navigational equipment, and how it advanced through the eras. Look up scriptures that talk about the Leviathan, and discuss what they could mean. Read about Jacques Cousteau or watch a video on youtube about his life of underwater discovery. Paint a picture of an underwater scene while listening to Claude Debussy’s La Mer. By incorporating other subjects such as art and music, you also give your children a more well rounded understanding of the topic and a hands-on way for them to retain that information that much better.

Amy Pak is an 18-year homeschool veteran to four and a “Maimy” to seven grandkids. She is also the co-owner, illustrator, and co-author at Home School in the Woods, a family-run history company known for its historical timeline figures and hands-on history studies. You can read more of Amy’s writing on her company’s blog. 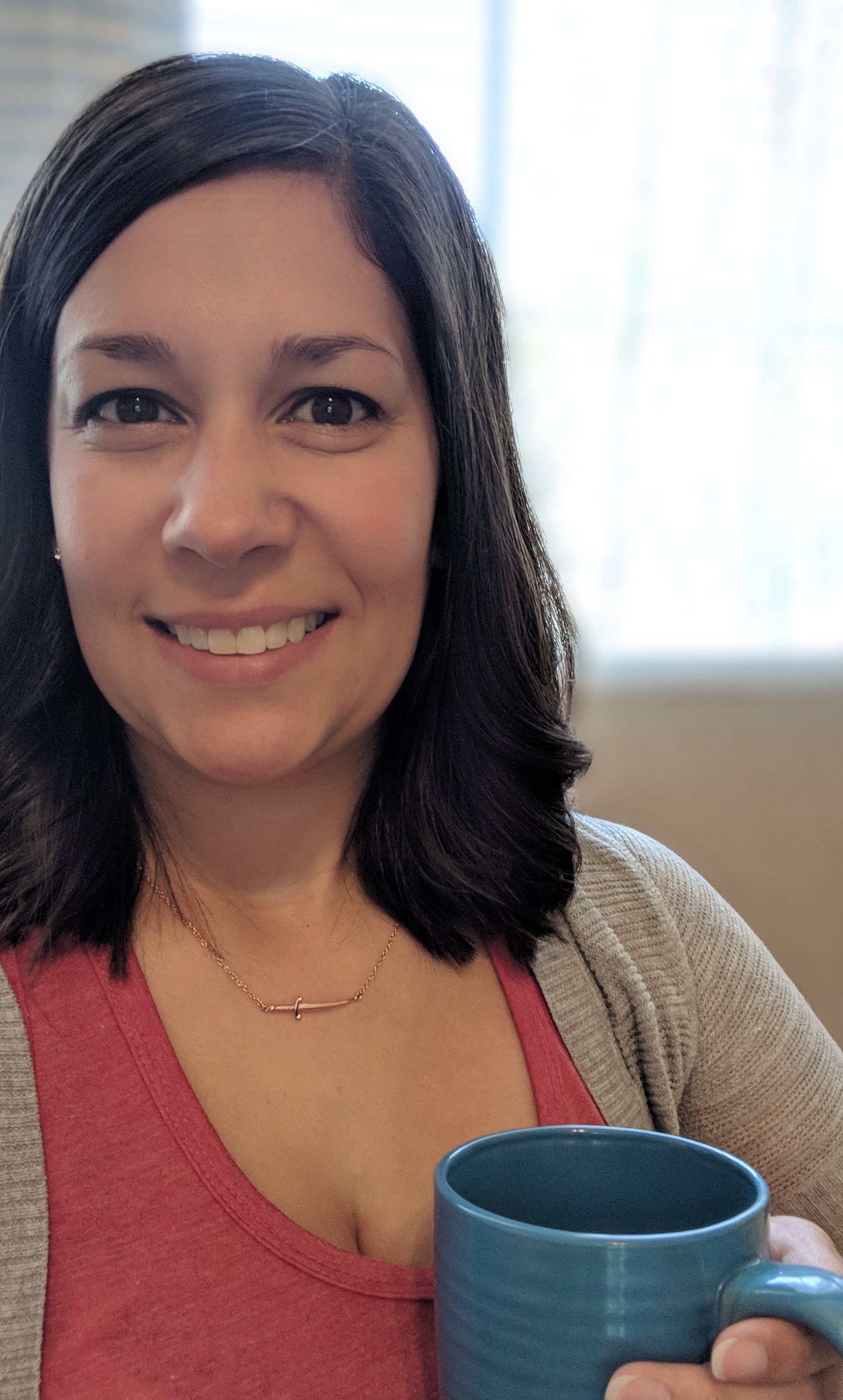 I'm a Jesus loving, coffee drinking, homeschooling mom of three. There's nothing I love more than building community. Won't you join me?

We use cookies (yum, cookies!) to ensure that we give you the best experience on our website. If you continue to use this site we will assume that you are happy with it.Ok